Description: This project consisted of the demolition of the existing PE Hall, alterations to the existing school, the construction of a new single storey extension of 264sq.m to the north-west comprising 1 classroom with ancillary rooms; a new 3 storey extension of 3,899 m2 to the west, comprising 14 new classrooms, including lecture rooms, science laboratories, multi-media, social skills and general classrooms, special needs unit, staff/administration rooms, stores, toilets and ancillary spaces; and a new PE Hall of 1,116sq.m with balcony, changing rooms, stores, toilets and ancillary spaces, adjustment to existing playing field, alterations to existing car parking to provide additional car spaces and bicycle racks, all with associated site works. The total project was 5,279m2.

The gymnasium was fitted out with Junckers sports flooring and specialist flooring on the balcony which houses the gymnasium.

During the building works the pupils were relocated into 8 prefabricated buildings on the existing site. The school remained live throughout the 14 month construction period. The existing school has 800 pupils and it is expected that the extended school will house 1200 pupils. 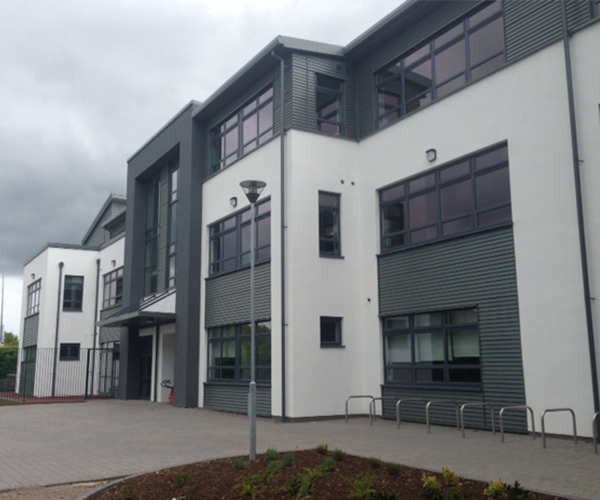 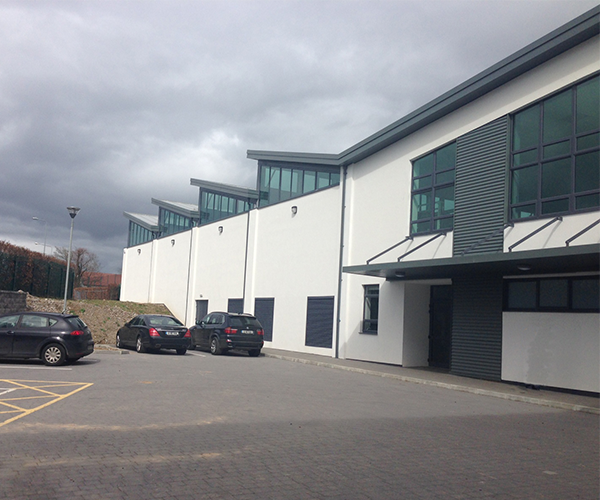 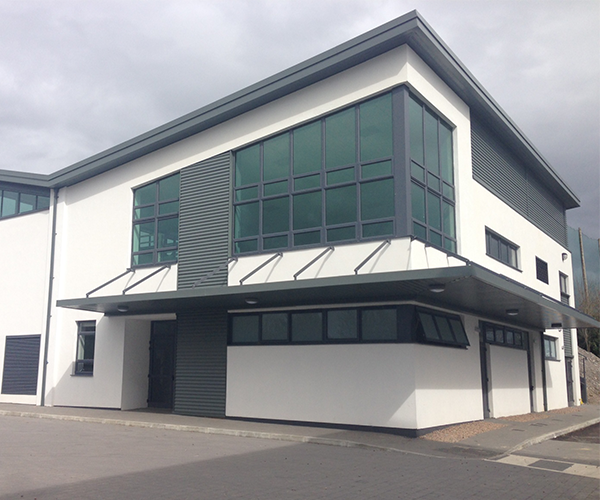 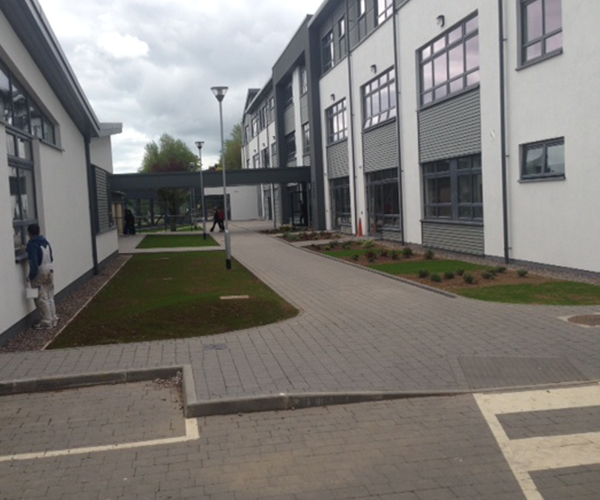 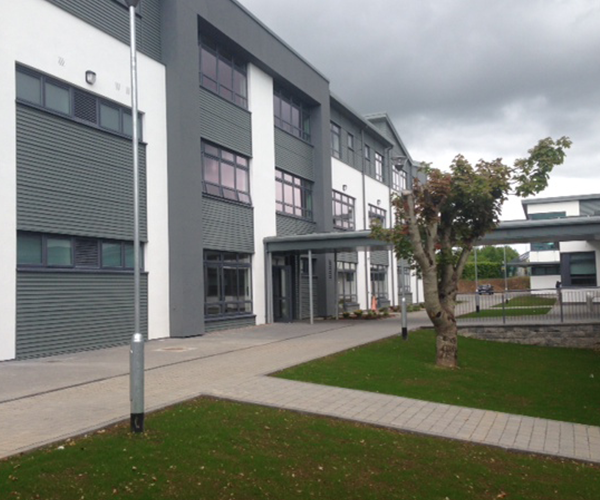 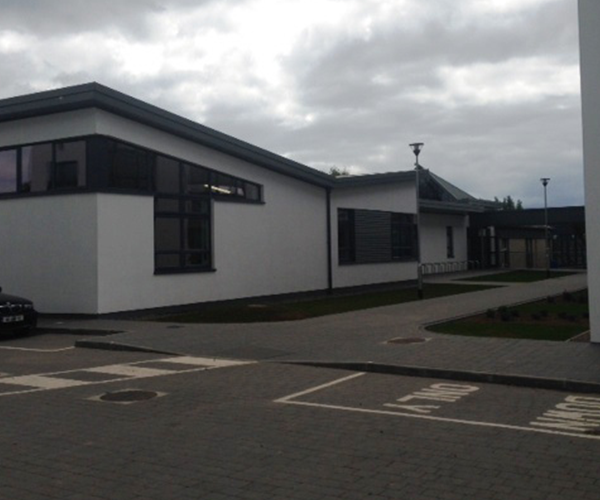 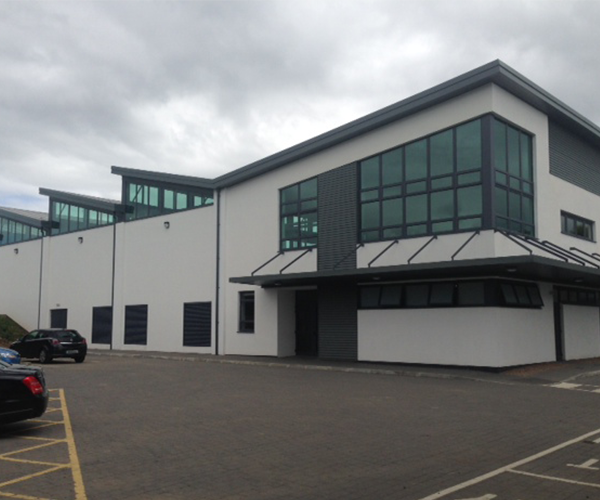 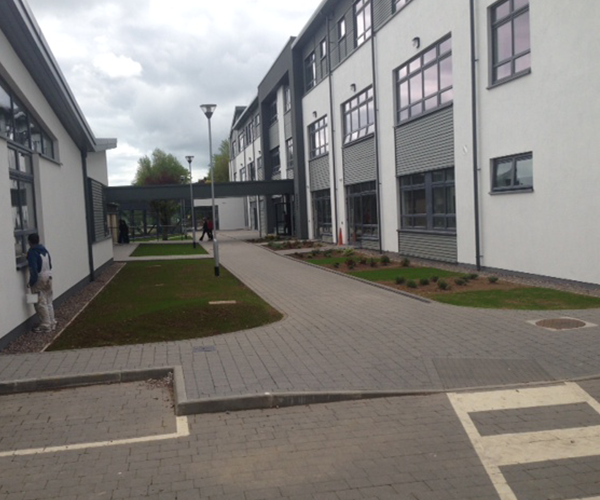 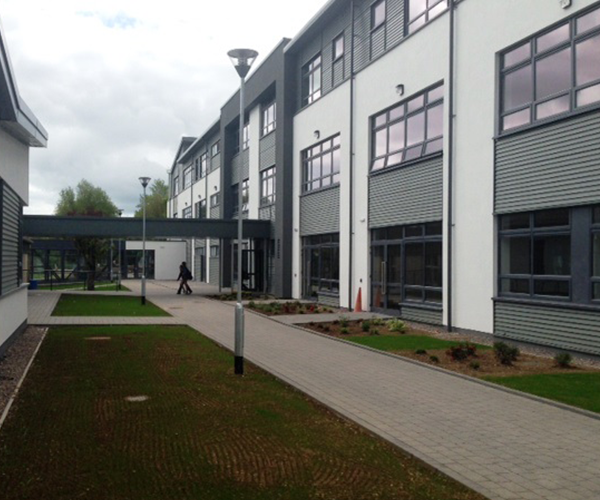 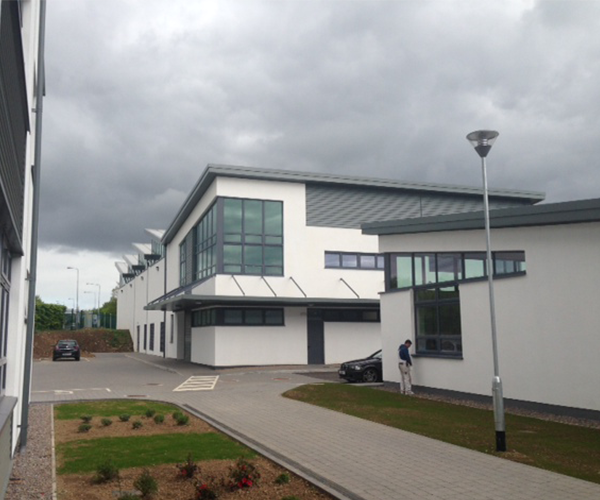